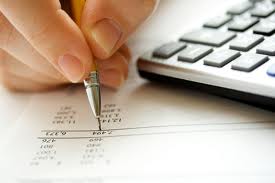 Dichotomy (noun): A division or contrast between two things that are or are represented as being opposed or entirely different.

Dichotomy. Aka South Africa. Where the rich dine on sushi and the poor on scraps. The rainbow of our nation seems wedged between two storms. The storm of our ugly, discriminatory past where power corrupted, and the government determined who would be the haves and have nots. And the storm of our ugly, discriminatory, future where power corrupts, and the government determines who will be the haves and the have nots. Nowhere in our dichotomous nation is this more evident than in the recent scandal embroiling our leader. Yes, ladies and gentlemen, we are referring to Nkandla-gate. Our esteemed politicians continue to dream up creative ways to justify the obscene amount of taxpayers’ money being spent on Nkandla, and our Finance Minister vainly tries to explain why a lavish upgrade to the presidential home is far and away a better spend than upgrading hospitals and schools. This, however, leads to a bigger issue that perhaps begs some discussion.

When the blue lights of President Zuma’s motorcade flash upon sprawling shantytowns on his way to his palatial estate, does he ponder the plight of the inhabitants of those tin shacks? When our country’s tenderpreneurs gather to sip Johnny Walker and lick sushi off the naked female form, do they spare a thought for the jobless beggars plundering the bins outside? When a surgeon charges five times the medical aid tariff for an emergency life-saving procedure does she consider the fairness of it, or the personal challenges her patient may be facing? When an attorney’s bill miraculously matches the amount of the MVA payout is there even a smidgeon of sympathy for the suffering and loss the accident caused the claimant? When a consultant adds an extra ½ hour here and there onto his timesheets does he reflect upon his own honesty and integrity or how his actions reflect upon our society? When we pop in to the nearest M&B for our daily cappuccino and giant muffin on the way to work, do we wonder when last the mother begging at the roadside was able to feed her children?

Numerous leaders of our country are repeatedly displaying a patent disregard for the desperate needs of the people, and it is becoming ever more apparent that this rot is gradually setting in at many levels of our economy. What isn’t clear is how this is going to end. But what is clear is that the breaking point is nigh. Simplistically, our esteemed parliamentarians’ grand solution is to tax the rich and give to the poor. Thereby ensuring the continued protection of their own basic necessities in life. Such as five-star holidays and six-figure salaries. There are two obvious problems with this solution. One: (to quote Margaret Thatcher) the problem with socialism is that sooner or later you run out of other people’s money. And two: the rich didn’t get rich by willingly giving their money away. In the face of such adversity, they will do everything possible to maintain or improve their lot in life. Such as increasing their charges. And so the spiral continues.

But lest we forget – while Zuma spreads the country’s wealth to his family-in-need and many a metro cop makes every effort to ensure that traffic fines do not find their way into the Zuma family’s communal cooking pot, there is another immense and powerful force at work in South Africa. Where the drama is not as intense, the speed is at times painstakingly slow, the media sensation is usually non-existent, and the outcome and effect over time is not always immediately apparent. It is a place where the true Mandela-legacy is slowly, quietly, and with little fanfare playing its part in our fledgling democracy.

In dull, dreary, dusty, and often dingy little rooms hidden away in the rabbit warrens of officious buildings spread across the country we find men and women poring over pages, painstakingly reading and re-reading paragraphs of possibly the most powerful tool in the South African people’s armory. One that trumps even Zuma’s considerable clout. The Constitution of South Africa. What our courts lack in excitement they make up for in effect. And the seeds of their supremacy are slowly starting to sprout.