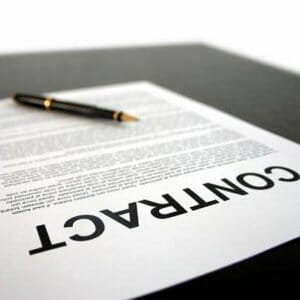 Ah, for the perfect paperless world! It’s the perfect sales pitch for the iPhone, Galaxy, Lumia and a myriad of not-so-cheap knock-offs. A world where documents are lost and destroyed no more. A world devoid of filing cabinets and archives. But – are we ready to let go of that ever important original piece of paper? More importantly – is a legal agreement valid and enforceable if it hasn’t been printed and signed, the black ink sinking indelibly into the crisp white parchment? Must agreements be physically signed in pen, or are electronic signatures a valid alternative?

In South Africa the primary purpose of a signature is to show “intention to authenticate”. Let us see what the law says about this, in the form of the Electronic Communications and Transactions Act (the ECT Act). The ECT Act recognizes data as:

“the functional equivalent of writing, or evidence in writing, by guaranteeing data messages the same legal validity as messages written on paper.”

The ECT Act states further that a requirement under law that a document or information be in writing is met if the document or information is in the form of a data message and accessible in a manner usable for subsequent reference to a person who either wants to rely on the existence of a particular agreement or for record purposes.

The ECT Act defines an “electronic signature ” as:

“data attached to, incorporated in, or logically associated with other data and which is intended by the user to serve as a signature“.

The ECT Act further provides that:

“an electronic signature is not without legal force and effect merely on the grounds that it is in electronic form.”

And now for the English translation: Basically what this means is that the rules that we apply to the signature of a paper-based agreement can, for the most part, be applied to electronic versions as well. When you sign an agreement your signature is the means used to identify you as the signatory. Your signature is also applied at a point in the document where it is clear to the objective reader that your signature signifies your assent to the terms of the agreement. The same rules apply whether this signature is by virtue of Bic or bytes.

If an electronic signature on an agreement, written contract or other legal document is contested in court, the ECT Act provides that the mere fact that the agreement is recorded in a data message, ie in digital form, does not necessarily invalidate the document. What is then required is for the court to evaluate the integrity of the data message and, most likely, the system it was generated and transmitted on, to ensure that the data message has not, for example, been tampered with and was, in fact, signed by the purported signatory and that this has been verified.

The difference between a Digital Signature and an Electronic Signature

A digital signature falls into a sub-group of electronic signatures that provides the highest levels of security and universal acceptance. Digital signatures are based on public key infrastructure technology, and cannot be copied, tampered with or altered. They therefore guarantee the signer’s identity and intent, data integrity, and the non-repudiation of signed documents.

Exceptions to the Rule:

As with most things in life, for every rule there are a number of exceptions that you should be aware of. There are still instances where you need the original paper document with the original penned signature. South African law requires that the original signature must appear on certain documents, and therefore these cannot be signed electronically. These documents include:

The ECT Act has opened the way to the many benefits associated with the paperless environment by making allowance for electronic signatures, in so-doing keeping both geeks and greenies very happy indeed. But there are also significant advantages to average-Joe, for example the reduced paper and cartridge bill, the reduced need for filing cabinets and storage costs. And it’s an easier way of signing legal agreements and documents without having to assemble a conference of signatories, witnesses and objective observers in your attorney’s overpriced boardroom. Who would have thought that lawyers would finally catch up to the 21st Century?