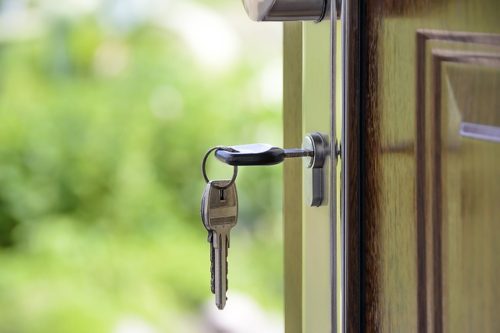 This judgment is likely to have far-reaching implications on our property industry, and could well mean that getting an eviction order will become more challenging. With the pronouncements in this judgment, eviction proceedings could become an even longer, more complicated process than they already are.

There is a block of flats in Berea, Johannesburg, that is occupied by 184 people, with some of the occupants having lived there for up to 26 years. The owner of the apartment block was liquidated, and the property was duly sold to a Mr Maseko. Mr Maseko intended to spend R3million upgrading the property and then renting out the newly-renovated apartments. For his plans to succeed he needed an empty building. And so it was in January 2013 letters were delivered to the building’s occupants, notifying them of the termination of their leases and right to occupy the property. This began a process that is achingly familiar to many a landlord: the start of eviction proceedings. In September 2013, the High Court finally granted an order evicting the occupants from the apartments. But little did Mr Maseko know that getting his eviction order granted was only the beginning.

After they received the notice of eviction required in terms of the Prevention of Illegal Eviction From and Unlawful Occupation of Land Act (more commonly known as “PIE”) the occupants asked their ward committee member, Mr Nugubane, to assist. Mr Ngubane became involved and also attended court on the date the eviction application was heard. The occupants had wanted the matter to be postponed so that they could get legal representation. Instead, Mr Ngubane informed the court that the occupants had agreed to an amended eviction order that extended the date of eviction by two weeks and gave the occupants first option to enter into lease agreements after the apartments had been renovated.

The occupants, not happy with this turn of events, found themselves legal representation and set about challenging the eviction order. They tried to get the order rescinded, and also tried to appeal the order. After being stone-walled both in the High Court and in the Supreme Court of Appeal there was only one avenue left: the Constitutional Court. And so it came to pass that the Constitutional Court found itself having to pick between two opposing sides.

A noteworthy argument was also put forward by The Poor Flat Dwellers Association, a non-profit organisation formed to resist the exploitation of flat dwellers. They joined the proceedings as amicus curiae (or friend of the court) and argued that an eviction order cannot be granted until the judges deciding on the matter have completely discharged their judicial oversight obligations. They argued that judges had to make certain that occupants were fully aware of their rights before granting an eviction.

The Constitutional Court noted that if an occupant consents to an eviction order, the occupant waives a number of rights, including:

The Constitutional Court also explored the duties of a court when considering an application for an eviction order. The core of this matter lies in section 26(3) of the Constitution, which states that “no-one may be evicted from their home, or have their home demolished, without an order of court made after considering all the relevant circumstances” (our emphasis). It is this sentence that gave rise to the notorious PIE Act so loathed by landlords and lauded by tenants. PIE permits a court to order an eviction only if the court is of the opinion that “it is just and equitable to do so” (our emphasis). The Constitutional Court has determined that judges tasked with deciding on the outcome of an eviction application are legally required to take a more proactive role in eviction matters, and must ensure that they have all the relevant information before granting an eviction order. If insufficient or inadequate information is at hand, the order must be denied and the landlord’s hopes of getting an eviction order will be dashed.

In short, in addition to merely confirming that the legal processes in terms of PIE have been followed, judges must carry out an investigative role to evaluate the occupier’s circumstances and assess whether eviction would be just and equitable. At this point you may hear the cries of landlords everywhere, “just and equitable for who?” In this regard, the Constitutional Court acknowledged the rights of landowners, but reiterated that a landlord will only be successful in getting an eviction order granted once the court has determined with certainty that the occupier has no defence against the claim for eviction. It appears, however, that homelessness trumps the landowner’s rights. The Court held that if eviction would result in homelessness, an eviction order would not be just and equitable and cannot be granted.

Thus an occupant may be occupying a property unlawfully, and yet the landowner’s eviction application can still fail if the court determines that eviction would not be “just and equitable”, which includes situations where eviction would lead to homelessness. The Court went on to observe that the local authority has a duty to provide temporary accommodation to anyone being evicted who doesn’t have alternative accommodation, including evictions from private properties.

In resolving this matter, the Constitutional Court:

On the matter of the rights of landowners: The Constitutional Court noted that this judgment is not intended to quash the rights of landowners in favour unlawful occupants. The judgment merely delays the landowner’s ability to exercise their rights in getting an eviction order until the court has properly considered the matter. Our courts have observed that PIE “infuses elements of grace and compassion”, and promotes “a caring society based on good neighbourliness and shared concern”. Sadly, such utopian ideals do not pay the bills.

We all know that in practice, if a landowner encounters an unlawful occupier, the landowner incurs eye-wateringly high legal fees trying to evict these occupiers. Getting an eviction is a process that already takes months to complete. Added to which, neither the banks nor the municipalities are known to take pity on the landowner, which means mortgage bonds, rates, water and electricity bills still need to be paid each month. We can but wait and see how this Constitutional Court judgment trickles down into the courts’ eviction processes. In the meantime, as a cautionary note we must once again stress that the best time for a landlord to address the risk of a recalcitrant tenant is at the beginning of the lease. Make sure you have the right documents and processes in place and do your checks before handing over those keys.

Kerry Jack is a qualified attorney with over 20 years’ experience spanning legal practice, corporate legal advising and risk management consulting. She has interests in Agreements Online, a website that has been providing legal agreements and templates to businesses and individuals for ten years. Her consulting business, Cognosa, has been operating for over 12 years.