The event: State of the Nation Address

The issue: Use of jamming devices by Parliament

The reason: Preventing the South African public from witnessing the spectacle that was about to unfold 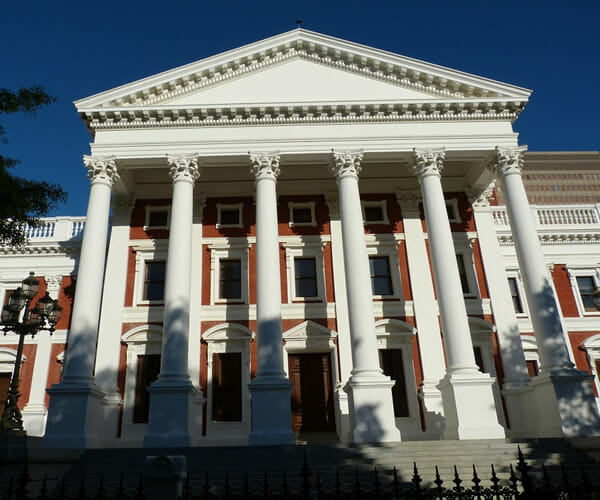 The 2015 SONA will go down as one of the most interesting, and disturbing in living memory. Can you remember what President Zuma said in his address? Nope? Me neither. Can you remember what went down that day? Yup. That was the day that the Economic Freedom Fighters were forcibly removed from the National Assembly for disrupting the proceedings. But an equally troubling issue transpired just before that, when it came to light that a jamming device had been deployed. Using a modus operandi that bore frightening similarities to the methods deployed by the pre-1994 Nationalist government, the ANC-led Parliament planned to a) use force and brutality to gain acquiescence; and b) use technology to ensure the South African public didn’t witness all the gory details.

Thankfully we have a robust legal system, one of the most progressive Constitutions in the world, a vociferous nation, opposition parties who are not afraid of calling the leading party out on their faults, and a private sector with a fearless appetite to pursue what is right. All indicators of the fact that we have come a long, long way since 1994.

Which brings us back to the jamming incident. An incident that landed up doing the ANC’s reputation more harm than good. When it became clear that proceedings would not get underway until they surrendered to the relentless calls of “bring back the signal” the jamming device was ‘found’ and switched off. Nevertheless, when the main drama of the day unfolded, the South African public had to make do with images of the Speaker’s stoic façade while the security forces flexed their muscles and booted the EFF out of the National Assembly. This is because parliamentary rules on broadcasting parliamentary proceedings provide that during incidents of grave disorder or conduct that is un-parliamentary, the camera must be focussed on the Speaker. Primedia took issue with this and challenged the constitutionality of this provision. Simultaneously, Primedia sought an order declaring the use of jamming devices in the National Assembly as being unconstitutional. The judgement in this matter was reported in Primedia Broadcasting Ltd v Speaker of the National Assembly and Others 2015(4) SA 525 (WCC).

In short, Primedia’s application was dismissed by the court.

It is the writer’s humble opinion that the court’s decision in this case is unfortunate. There was one dissenting judgement in this case – that of Savage J which was, in our humble opinion, the correct one. We, the people of South Africa, have every right to witness all proceedings in the National Assembly. Not out of some voyeuristic curiosity in witnessing the seedy underbelly of politics, but because everything that goes down in the National Assembly is of utmost importance to us, the voters who elected the MPs as our representatives. If Parliament has the authority to limit media coverage and broadcasting of the proceedings, what other shenanigans can they shield in the future under the guise of “protecting” the President or Parliament? In the meantime, we can be thankful for the existence of opposition parties. And their competent use of the recording facilities on their cellphones. When Parliament starts confiscating all cellphones and recording devices from the National Assembly – that is when we should really be worried.